Room 1
The museum tour begins with the section devoted to the first traces of occupation of the island of Ischia in the pre- and protohistoric periods, in other words prior to the arrival of the Greeks. The earliest archaeological evidence dates back to the Middle-Late Neolithic (c. 5,500 BP), the period when the main means of subsistence (gathering, hunting and fishing) were supplemented by animal husbandry and agriculture. There are many stone tools from various parts of the island, but the most numerous finds were discovered in the Cilento district (near the cemetery of Ischia): these are fragments of impasto ware and figulina painted ware (linked to the Serra d’Alto culture): jars, jugs and cups. The painted brown decoration features geometric motifs (meander, spiral, interlocking lozenges and triangles arranged in a chequerboard pattern). Besides pottery, terracotta weights for fishing nets were discovered as well as stone tools, such as knife blades and flint and obsidian flakes, the waste material from tool-making activities.
The room also contains the finds from the site of Castiglione d’Ischia (Casamicciola) where, in 1936-1937, Giorgio Buchner identified evidence dating between the Middle Bronze Age and the Iron Age and archaeological levels related to huts. The main finds from the Bronze Age include fragments of Mycenaean pottery which suggest that the island was part of the network of contacts between Greece and southern Italy. 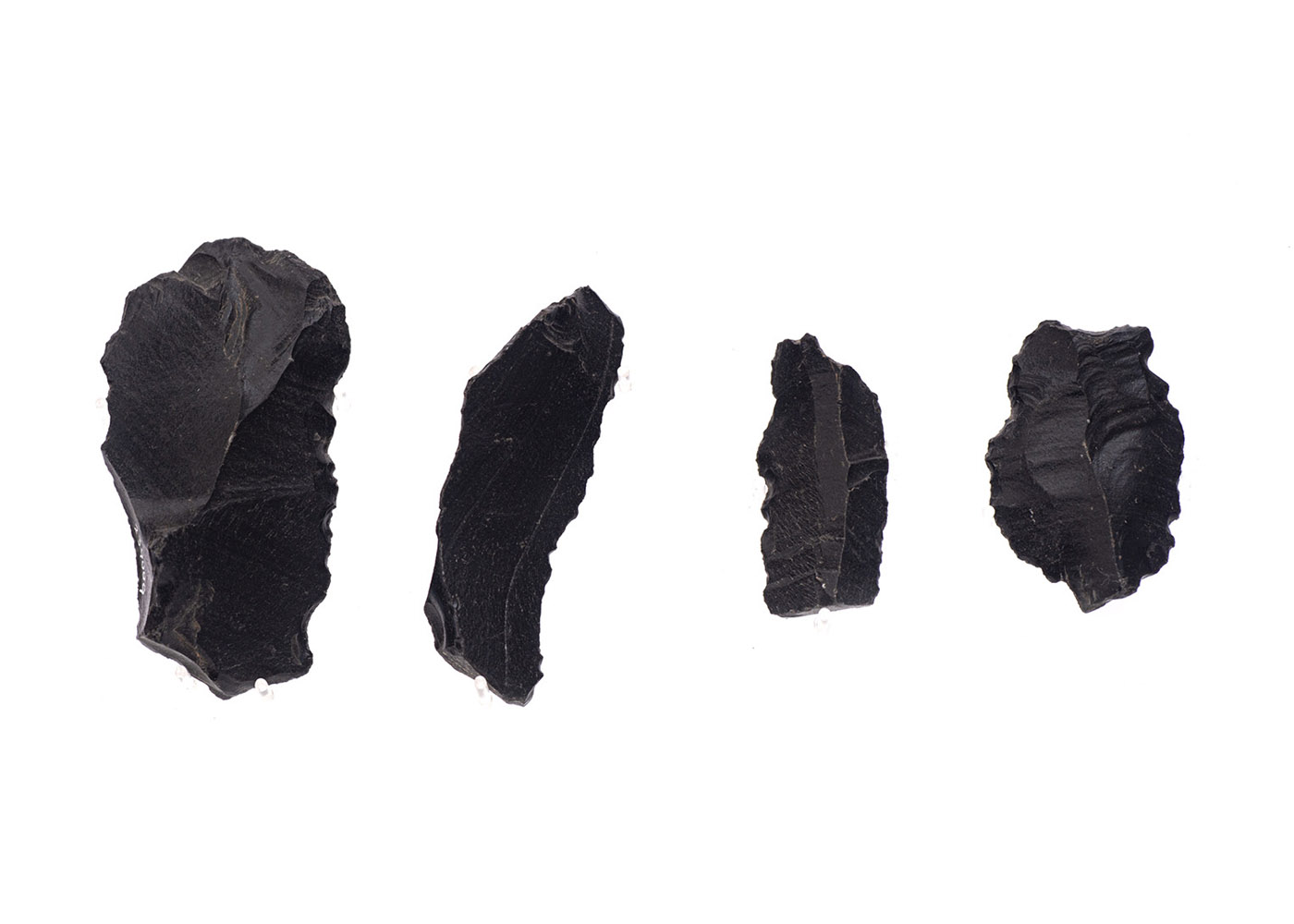 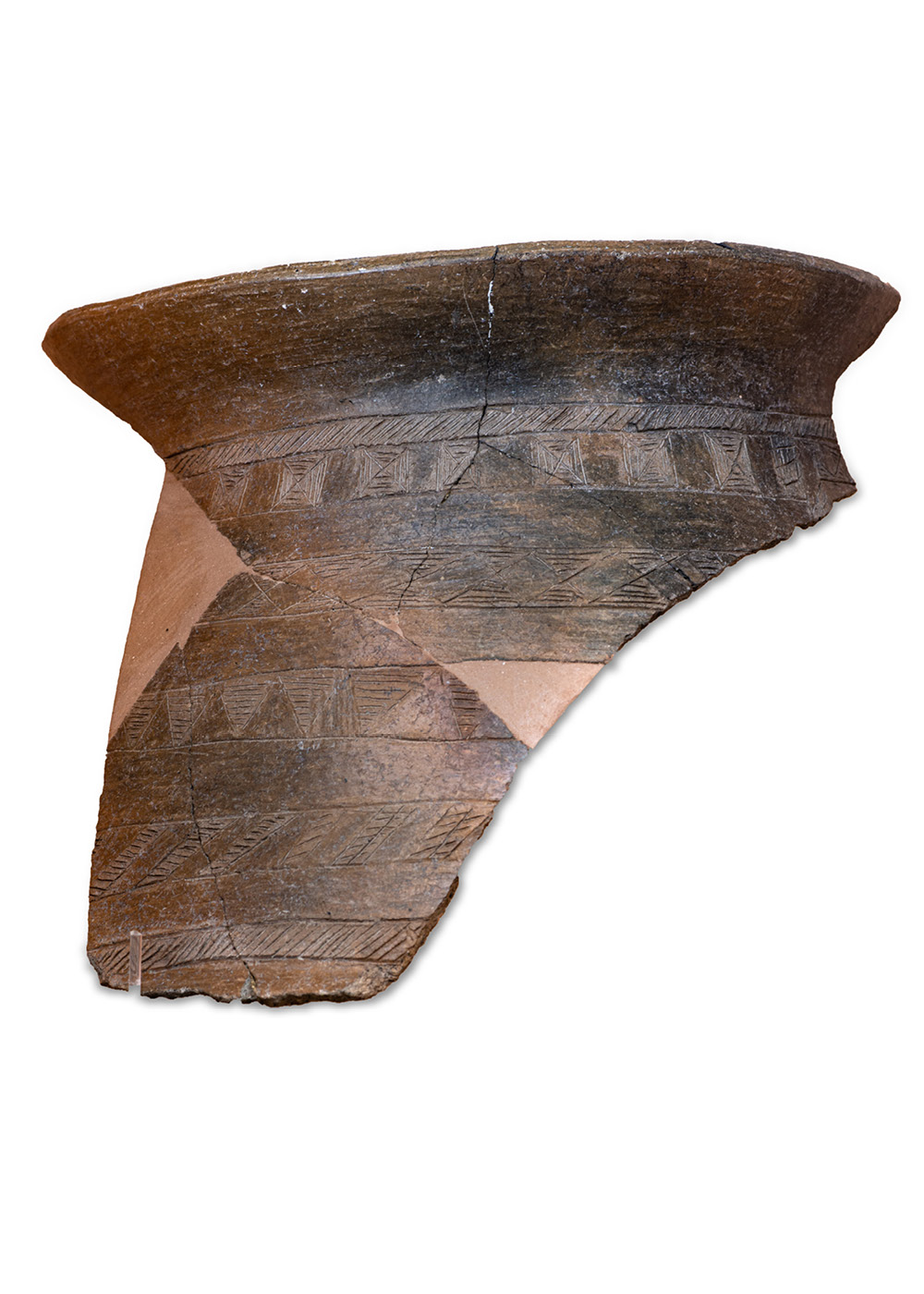 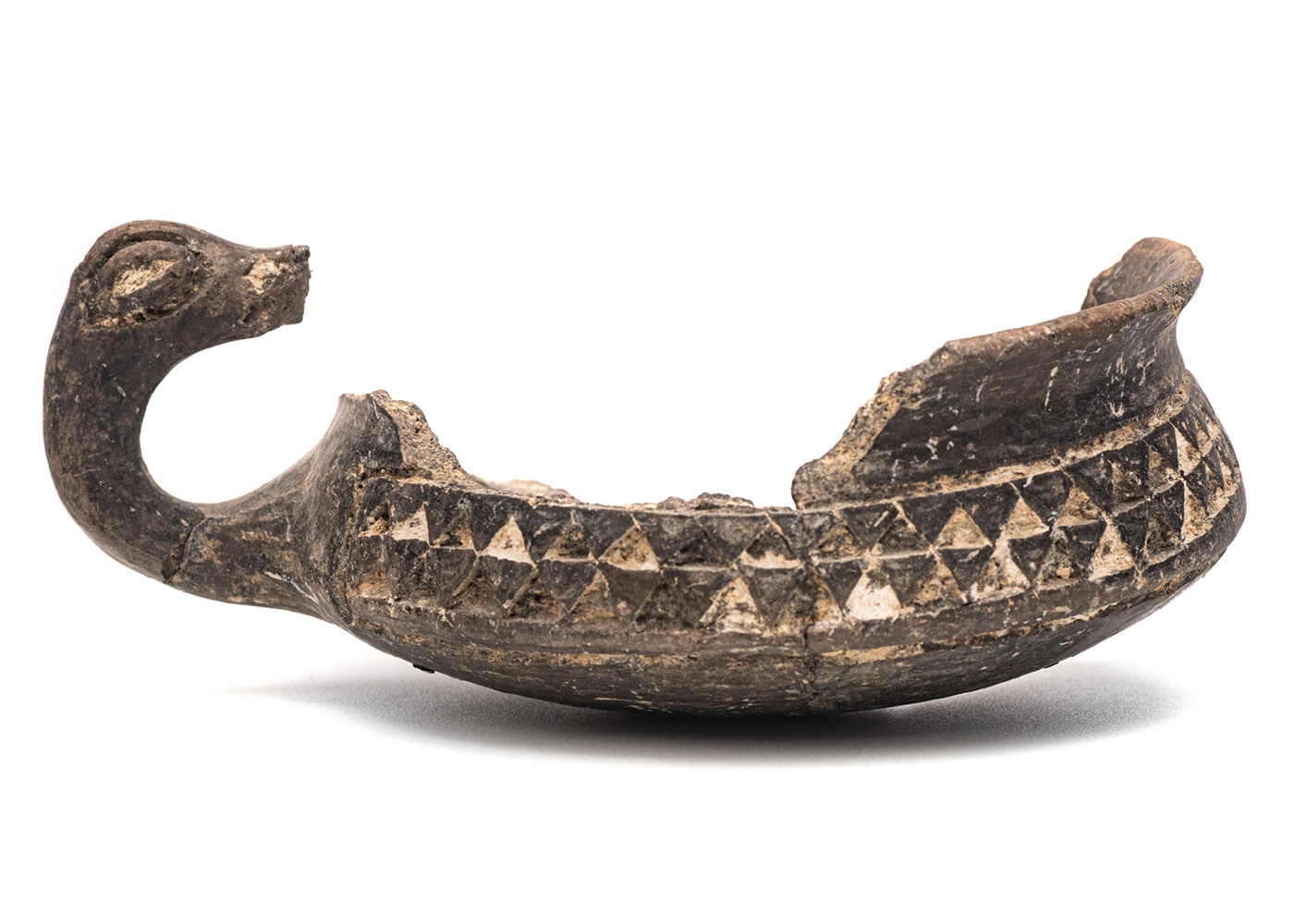 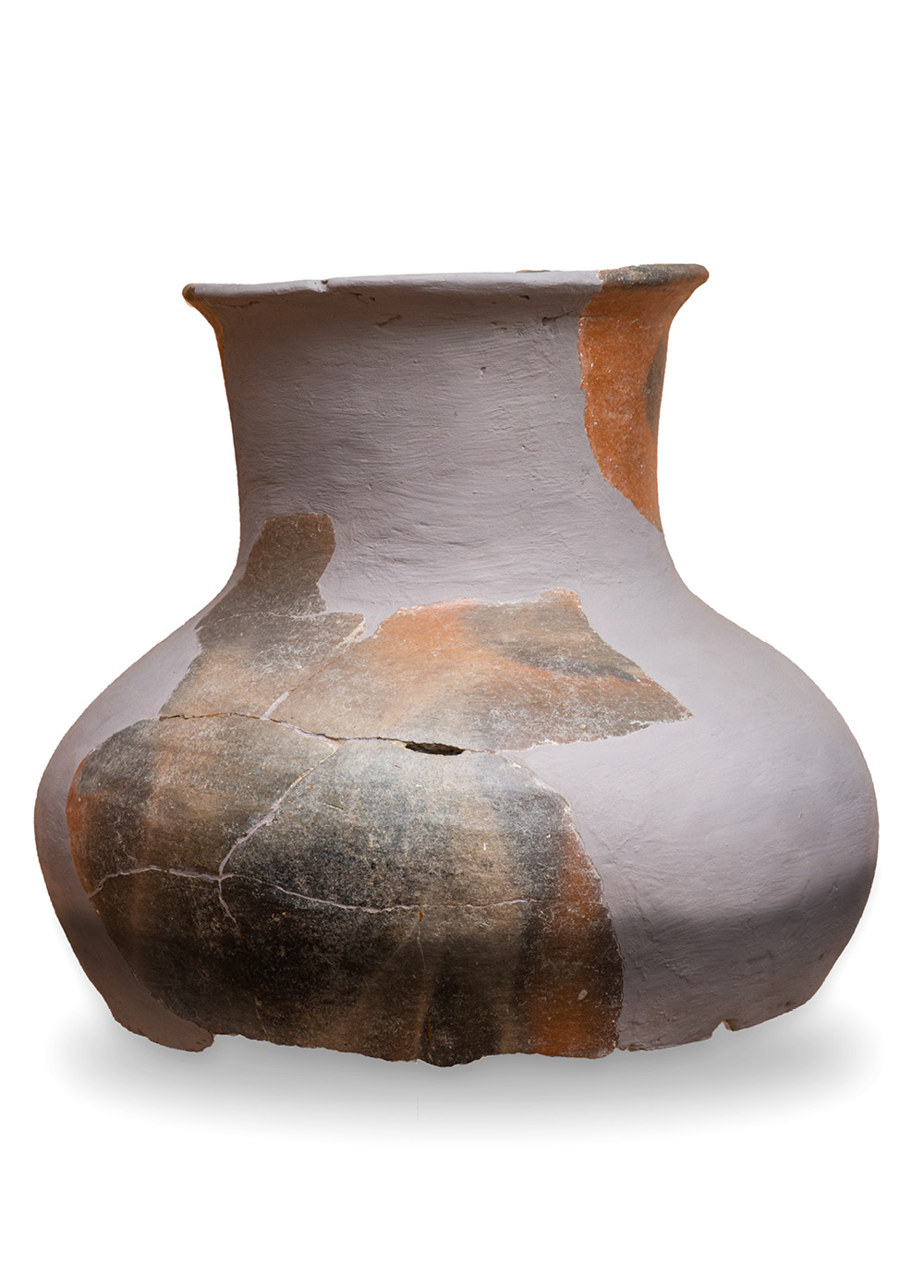